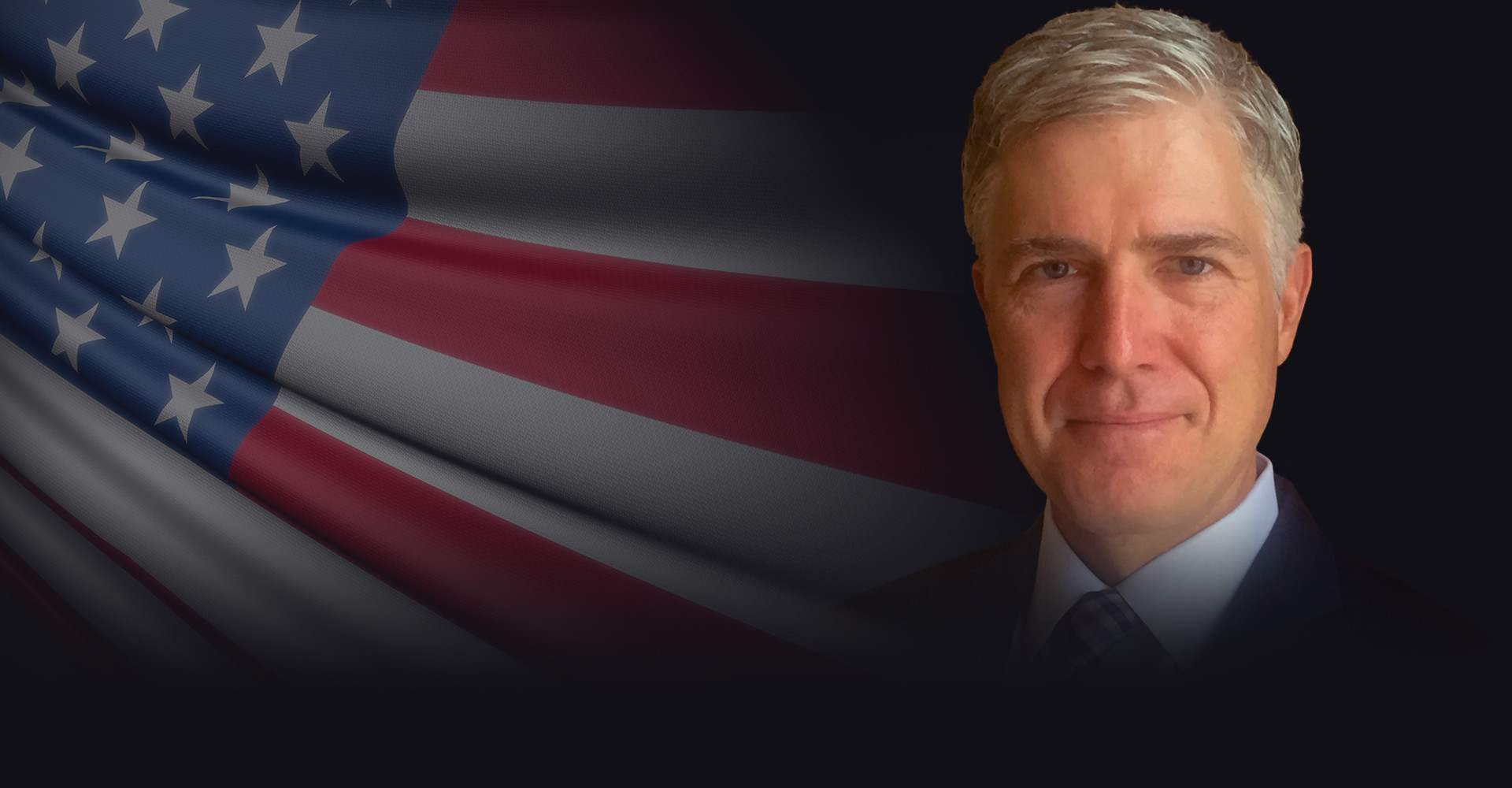 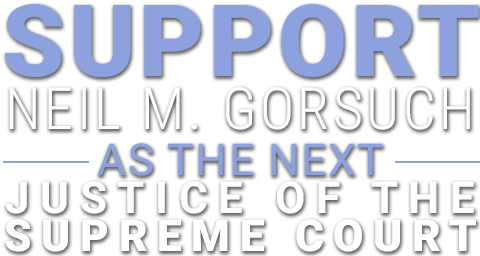 President Donald J. Trump has nominated Judge Neil Gorsuch to the Supreme Court of the United States. Judge Gorsuch will be a rock-solid replacement for Justice Antonin Scalia. Judge Gorsuch believes the Constitution “isn’t some inkblot on which litigants may project their hopes and dreams … but carefully drafted text judges are charged with applying to its original public meaning.”

Throughout 2016, we sent a clear message to Senators that the American people should have a say in who would be the next Justice of the Supreme Court. In November, the people made it clear which direction we wanted to see the court go, and Judge Gorsuch will be an excellent choice to fill that vacancy. Please sign the petition and send the following message to your Senators.

To the Members of the US Senate:

In 2016, we urged you to let the American people have a say in who would be the next Justice of the Supreme Court by making our voices heard at the ballot box. Now that we have spoken, we urge you to confirm the nomination of Judge Neil Gorsuch to the Supreme Court of the United States.

Our biggest concerns were that President Obama’s Supreme Court nominee would protect ObamaCare, effectively repeal the 2nd amendment, and legislate from the bench in a way that would rewrite the Constitution.

The Constitution is the bedrock of our republic, and it is vital to our liberty that we continue to cherish and uphold that document.

Judge Gorsuch has demonstrated his understanding and respect for the Constitution and the rule of law; he has earned the “unanimously well qualified” rating from the American Bar Association; and he approaches his work with the foundation that the law is as it is written, not what someone may wish it to be.

In fact, Judge Gorsuch’s credentials for service are so strong that when his nomination to serve on the U.S. Court of Appeals for the 10th Circuit was pending before the U.S. Senate in 2006, he was confirmed by a unanimous vote. Current members of the U.S. Senate who approved his nomination to the Circuit Court of Appeals include Sens. Charles Schumer, Dianne Feinstein, Patrick Leahy, Dick Durbin, and Patty Murray, among others. Then-Senators Barack Obama, Joe Biden, Hillary Clinton, and Ted Kennedy also approved.

Please confirm Judge Neil Gorsuch as the next Justice of the Supreme Court without delay.

Thank you for signing Tea Party Patriots' national Petition to Support Judge Gorsuch as the next justice of the Supreme Court.

To ensure that we are able to mobilize our nationwide network of grassroots supporters and flood congressional offices with calls, letters, and petition drives, we need your financial support.

If we're going to fight the liberal Left and the media, we've got to make our voices louder than the Democrats'.

Please help with your very best gift, right away.

Petitions are most effective when everyone gets on board. Help get the message out by sharing on Facebook and Twitter. Or send an email to your friends who may want to help change our government for the better.